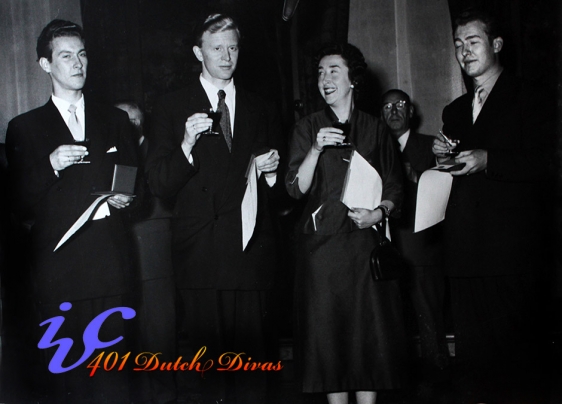 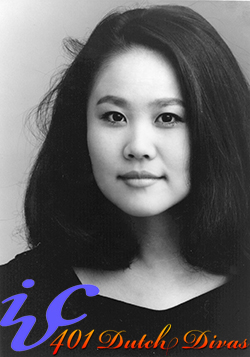 “The song prize was for Kyoko Saito. Her voice has a beautiful color even at a pianissimo, and she has genuine Viennese wit, which was amply demonstrated in Richard Strauss’s ‘Schlechtes Wetter.’” (Jo Sporck, Eindhovens Dagblad, September 9, 1996)

Japanese soprano Kyoko Saito (b. 1962) completed her studies with Elisabeth Schwarzkopf and Gérard Souzay at the Salzburg Mozarteum and went on to study at the Juilliard School in New York. After that she was coached by Elly Ameling, Graziella Sciutti, Renata Scotto, Lorraine Nubar and Pierre Vallet. She gained international recognition for her portrayal of Debussy’s Mélisande in the 1993 Peter Brook adaptation, where she was “an intricately fragile Mélisande of unearthly beauty – both in her singing and in her radiant presence.” Her 1993 Spoleto Festival appearance garnered her a description as “a gorgeously plush lyric soprano with a wide range. The texture is luscious and she can float high pianissimos as if she were born with the ability.” Saito’s New York debut recital was termed “vocally ravishing” by The New York Times years before her First Prize in Den Bosch in 1996, which she never mentions without proudly adding that Grace Bumbry, Evelyn Lear and Thomas Stewart were among the jurors. After winning the 1997 Young Concert Artist International Auditions, Saito toured the United States, collaborating with such pianists as Dalton Baldwin (with whom she recorded her debut CD,Jardin d’amour) and Jean-Yves Thibaudet. Among her extensive concert repertoire are Mahler’s Symphony No. 4, Brahms’s Ein deutsches Requiem, Berlioz’s Les nuits d’été, Tchaikovsky’s Ophelia and songs by Chausson, Ravel and others. She has appeared in all possible venues from New York to Paris, Japan, Uruguay and Germany and has worked with famous pianists and conductors, such as Claudio Abbado in a Peter Brook production of Don Giovanni. She has also appeared in La traviata, Carmen, Le nozze di Figaro and Albert Herring.

“Barbara Hannigan was given an Honorary Diploma for her vivid performance, which was cheered by the audience.” (Adriaan Hager, Trouw, September 10, 1996)

Canadian soprano Barbara Hannigan (b. 1971) studied with Mary Morrison at the University of Toronto. As a student she quickly developed a zest for new music. She continued her vocal studies in The Hague with Meinard Kraak and Neil Semer. Following her IVC victory, she established herself as one of the world’s leading interpreters of modern music. She has worked with the likes of Ligeti, Dutilleux, Benjamin, Dusapin, Abrahamsen, Andriessen, Stockhausen, Eötvös and Knussen and co-created many of their works. Eötvös, Gerald Barry (La Plus Forte, 2006), Magnus Lindberg, Unsuk Chin and Salvatore Sciarrino have all written pieces for her. She created the roles of Saskia in Louis Andriessen’s Writing to Vermeer (1998), Gabrielle in Barry’s The Bitter Tears of Petra von Kant (2005), the title role in Hosokawa’s Matsukaze (2011) and Agnes in George Benjamin’s Written on Skin (2012, Aix-en-Provence) and sang in Dusapin’s Passion (2009). Her appearances as a dancer and singer with Sasha Waltz and Guests, requiring physical as well as vocal agility and expressive potency, made an extraordinary impression. Her debut in De Munt’s new production ofLulu, directed by Warlikowski, garnered an extraordinary response from audiences and critics alike. She also excels as Donna Anna and in Poulenc’s La voix humaine and Zimmermann’s Die Soldaten. Her career is best summarized by saying that the future of opera for the last 18 years has literally been “Barbara Hannigan.” For more info on this partial “Dutch Diva” please go to 401ivca.com. 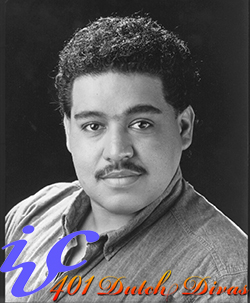 “Juror Grace Bumbry called the Spanish-speaking American alto Johnny Maldonado from the Bronx a born artist. His daring choice to become a male alto in the USA bore fruit: he has an even register, richness of color, melting pianissimi and trumpeting power when needed. Beautiful and intelligent in oratorio, dazzling coloratura, ringing high notes and tender lyricism in opera.” (Paul Herruer, Nieuwsblad van het Noorden, September 21, 1996)