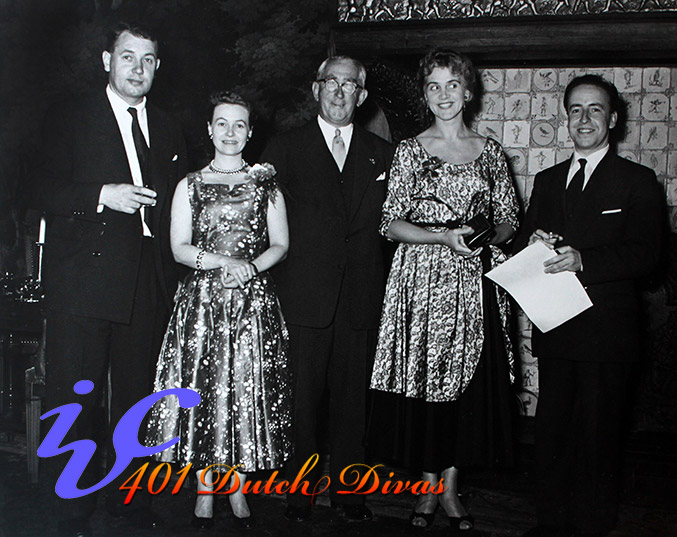 The International Vocal Competition 1957 was held at ’s–Hertogenbosch from 15–18 September. 85 vocalists from 13 different countries had subscribed, of which 70 showed up in Den Bosch. Of the initial participants 20 were Dutch, 30 German, 6 each came from England, Belgium, and Frans, whereas the remainder came from the USA, South-America, and the other European nations. There were 38 sopranos, 11 altos, 14 tenors, and 22 bas-baritones. New were the ƒ 500 Encouragement Prize of the Foundation to Stimulate the Musical Arts, and the conductor of the concluding gala concert, where André Rieu Sr. made his first IVC appearance (Rieu sr. is indeed the father of the currently world famous waltz conductor André Rieu jr.).

The admission age for the 4th IVC was set at 33 years (previously 35), and each vocalist had to present 2 oratorio arias, two opera arias from Mozart or later composers, and 3 art songs, of which two had to be from either French or German composers.

Perhaps the most striking aspect of the 4th IV was that no first prizes were awarded in any of the four categories. This is all the more surprising given the new recruitment strategy that was implemented the year before, which aimed for more experienced singers that had already started their careers. Valerie Cardnell managed to obtain the second prize among sopranos, as did Maria van Dongen, who received the prize with distinction and was also awarded the title ‘best singer of the competition’. Inge Wolff from Austria and Gabrielle Obremba-Wajda from Poland obtained an honorable mention. With the basses the second prize with distinction was awarded to Ranken Bushby and Derek Stroud, while Barr Peterson received an honorable mention. The English soprano Sheila Fletcher from Sheffield and the English contralto Peggy castle from Huddersfield, who wee eliminated in the semi-finals, also received an honorable mention.

As in previous years, George van Renesse, Piet Hörmann, and Gérard van Blerk accompanied the singers throughout the competition, and for the first time also Boukje Land. Since they have not previously been presented, we present them now here 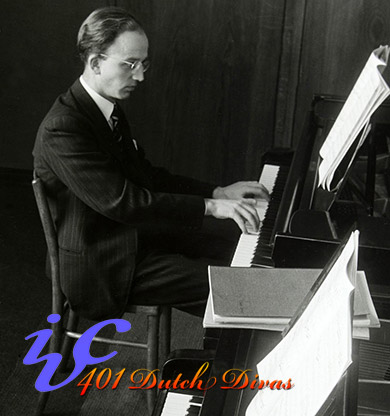 George van Renesse, now in his 4th IVC was born in Zaamslag, Zeeland, 1909. His father was a doctor, and his first piano teacher, from age 5 onwards. Later Van Renesse became a pupil of Jan Rijken in Deventer, after which he joined the class of Ulfert Schultz at the Amsterdam Conservatory. He graduated there cum laude at age 19, after which he continued his studies with Ricardo Vines in Paris, and Leonid Kreutzer in Berlin. Van Renesse performed also abroad, o.a. in Austria, Norway, and Italy. With Yehudi Menuhin he toured the Philippines, and then South-America. He formed a duo for sonates with theRussian violinist Alexander Schmüller, during the final years of the latter’s life. Van Renesse then joined the Concertgebouw Trio, the KRO Trio, and the Budapest Trio. He toured Indonesia, after having already made four tours to the West Indian territories. From 1930-1945 he was first teacher piano at the Amsterdam Conservatory. 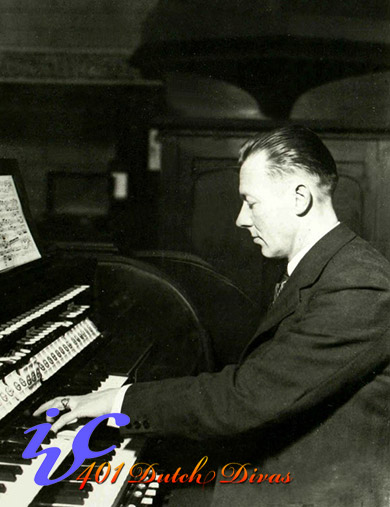 Piet Hörmann was born in Den Bosch on June 9, 1902. He was the son of frits Hörmann, the then well known trompettist of the local orchestra in Den Bosch. He studied piano o.a. with Toon van Balkom and Kees Heerkens. His studies in organ playing were with Flor Peeters in Mechelen (BE). At the time, in 1957, he was employed as organ player of the Kathedral in Den Bosch, and as tacher at the conservatory of Tilburg, as well as at the seminaries of the Espiscopal Dicocese of Den Bosch. He was an acclaimed soloist, and his gentle character made him many friends. Like Van Renesse, Hörmann had been with the IVC since the first edition. 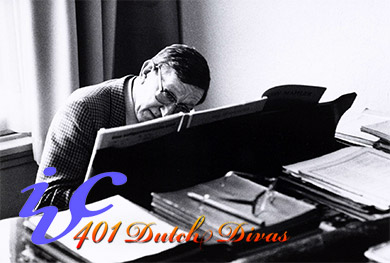 Gérard van Blerk was born in Tilburg, on May 14, 1924. After having completed his studies at the local gymnasium he studied piano at the Amsterdam Conservatory. He was one of the most acclaimed pupils of its director, Willem Andriessen. He studied history of music at the University of Amsterdam and was awarded the ‘Prix d’exclellence’ as pianist. Along with Ria Groot, he was seen as the most promising pianist of his generation, and he then appeared frequently in concert and as soloist in The Netherlands, France and Belgium; often also with the Brabant Orchestra. 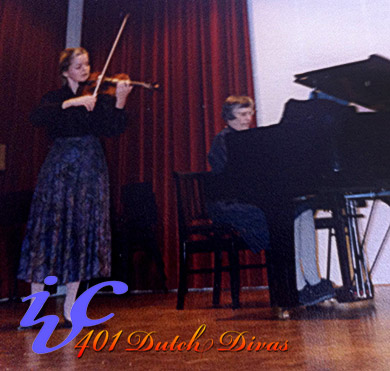 Boukje Land was born in Wageningen on June 1, 1923. She studied piano at the Amsterdam Conservatory with Nelly Wagenaar, and cello with Piet Lenz. She continued her piano studies with Marcel Maas in Brussels. In 1949 she won the Rient van Santenprize. She appeared in solo recitals, as well as with the orchestras of The Hague, Rotterdam, and the Dutch Radio. She is a renowned accompanist. The 1957 edition of the IVC is her debut there.