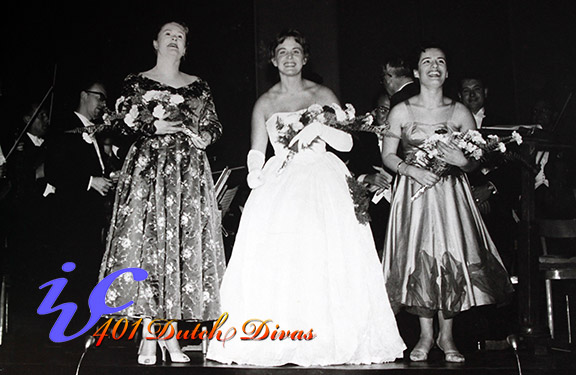 The 5th International Vocal Competition Den Bosch 1958 took place on 6 (pre selection), 7, 8, 9 and 10 September (finals). When Mayor Loeff of Den Bosch started his speech at the festive evening in honor for the prizewinners, on Wednesday evening, September 11, he first summarized the merits of the first 5 years of the International Vocal Competition in his city. After the habitual praising of Mr. Janus Kurvers for the initiative, Loeff concluded that the competition had made a swift start. The city had endorsed it in 1954, because they felt there were reasonable expectations that it would contribute both to the development of young singers and to the reputation of Den Bosch as a city of musical culture:

'Den Bosch was a suitable location for this competition, because it's citizens have valued vocal art throughout centuries. This is a well established fact, reflected in the various local choirs of repute.' 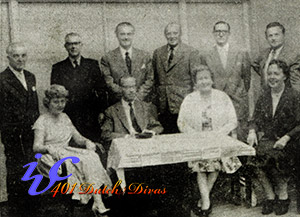 Clearly, neither Loeff or any of the other people involved in the organization of the first competitions had expected that the success would be so resounding, that in the span of a mere five years an internationally established competition would have emerged that competed with those in Verviers, Toulouse, Geneva and Munich. In a certain way, the arrival of a candidate form a country as remote as The Philippines, reflected the status of the IVC by 1958. Loeff acknowledged that the key to this success was to be found in the IVC's policy to spare no efforts in securing juries of truly international standing. In 1958 such international stars as Elisabeth Höngen, Gerhard Hüsch, Julius Patzak and Roy Henderson were truly big names in opera and oratorio. Aspiring singers naturally sought after a contemporary composer as Ettore Desderi, with superb connections to the Italian operatic world. The Dutch share was equally impressive with household IVC names Annie Woud (alt), Frans Vroons (tenor and General Manager of the Dutch Opera), and conductor Hein Jordans. Less known but not less important was Manus Willemsen, chief classical music with KRO radio, who secured the broadcasts and helped many young IVC singers to a head start at the Dutch Radio. 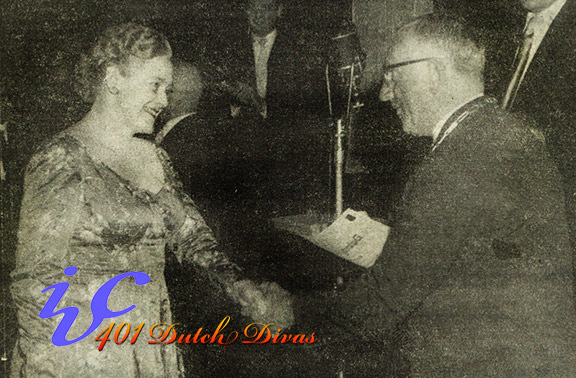 During the contest, either Piet Hörmann, Gerard van Blerk en Georges van Renesse, accompanied the singers. Some ambitious participants also brought their own accompanists. Among them Aurelio Estanislao, who had brought a pianist form the Philippines to Den Bosch, who was noted in the press for his fine playing. Although no prizes were awarded in the tenor and alto categories, the press judged the average level of the festive 5th International Vocal Competition outstanding. On that Wednesday evening, September 11, Mayor Loeff presented the first prize in the Aaltje Noordewier-Reddingius category of the 5th International Vocal Competition Den Bosch to Elisabeth Simon:

'She sings with utmost ease and her voice and ability to characterize are very well developed, all qualities that make her a dream soprano for oratorio and song. Her dramatic abilities, however, make her no less suitable for the world of opera.'

The bass Ranken Bushby, who had obtained the second prize in the Jos Orelio category 1957, now succeeded in obtaining the first prize. Tall and imposing, his stage presence was impressive, while his voice was:

'Voluminous, with a rich sonority and a warm timbre, that lasted throughout his range and throughout all dynamic modulations.'

Second prize winner, the Dutch baritone Bernard Kruysen, was judged the owner of an instrument that kept it's timbre also in the highest register and the press predicted for him a great career in classical song. Kruysen fulfilled that promise in an exemplary way. Within the world of classical song he stood out as one of the most prolific recording artists of his generation, and he was an internationally renowned, versatile interpreter.
Kruysen's countless recordings and radio appearances are still present in the ears of many.

Less know here, but equally famous in his native country was the Philippine bass Aurelio Estanislao (2nd prize), who made a handful of now exceedingly rare recordings in both his native country and for Colombia Records in the USA. The Polish soprano Halina Słonicka (2nd prize) enjoyed a major career in Poland, where she made several recordings of national and international repertoire, both opera and song. Perhaps due to national sentiments, Utrecht born soprano Alida Legué received the encouragement prize of Stichting ter Bevordering van de Toonkunst from the hands of Frans van Amersfoort. Of her, regrettably, no trace could be found thereafter. Peter van der Bilt (honorary diploma), on the other hand, succeeded in pursuing a very successful career in opera and oratorio in the Netherlands. His voice was also heard often in Dutch radio broadcasts. Likewise encouraged with just an honorary diploma, the Polish bass Jerzy Szymanski was singled out in some reviews for having a very dark, deep sounding instrument.

With respect to the competition, there were a few significant developments to be noted. First of all, only one Dutch participant, Bernard Kruysen (2nd Prize), succeeded in making it into the finals. Sopranos Nellie van Dijkhuizen from Voorburg and Alida Legué from Utrecht, and the bass Peter van der Bilt from the same city stranded in the semi finals. So did tenor Michele Molese, the later star tenor of the New York City Opera, here listed as... a Dutch tenor! In reality Molese was born in New York as... Kenneth Michael Pratt (1928-1989), but at the time of the IVC contest, he was living in Amsterdam – a fact that was hitherto missing from his biography. (We would like to know what exactly he was doing in Amsterdam at the time; should you be able to shed light on this you can email us here) This email address is being protected from spambots. You need JavaScript enabled to view it.. Of al the 1958 IVC participants, only Molese and Evelyn Lear, likewise eliminated in the semi-finals, would accomplish operatic careers of international stature. Regardless Molese's failure at the contest, someone there (presumably jury member Manus Willemsen, who represented KRO radio) must have heard potential in the tenor, since just 3 months later he appeared at the Dutch radio under conductor Bernard Haitink, singing Beppe in Donizetti's Rita with Marilyn Tyler, on December 23, 1958. For some time thereafter, he became a familiar face in The Netherlands, appearing in concerts, on Dutch Radio and with the Dutch Opera Company.

Although Molese was a household tenor at the New York City opera for decades, his career and his temper would suffer from one single line written by the New York Times critic Harold C. Schonberg, who once accused him of 'squeezing some high notes'. After a particularly successful High C at the end of the duet 'O qual soave brivido' in Un ballo in Maschera, 1974, he stepped to the limelight of the New York City Opera, and said, 'That pinched high C is for Mr. Schonberg.' He was fired but later rehired by Julius Rudel, the company's general manager, and gave his last performance there in 1980. 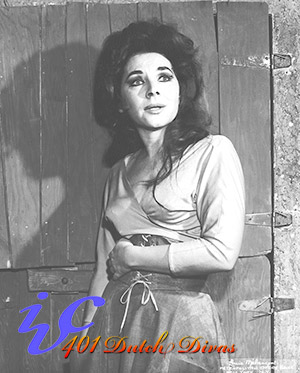 Den Bosch's 'Eveline' Lear went on to conquer the operatic world as Evelyn Lear, most famous for 'her portrayal of neurotic modern heroines such as Lulu, in Alban Berg's eponymous opera, and Marie in the same composer's Wozzeck. Nine less a soprano than Elisabeth Schwarzkopf valued Lear's Lulu as 'one of the supreme achievements of the operatic stage anywhere in the world.' (The New York Times)