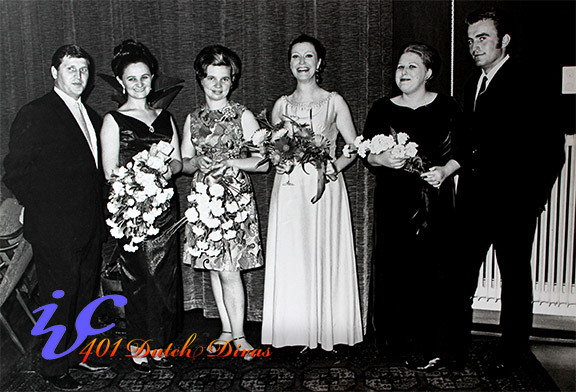 The 15TH International Vocal Competition (IVC) Den Bosch saw 68 participants arrive to Den Bosch, out of 81 applications; some Polish singers couldn’t make it because their governments did not allow them to travel, a few others had given notice in advance. Less than half passed to the semi finals. From there onwards, a number of changes in the rules, the number of awards that could be won, and the final results caused great discussion among the critics, and apparently also among the audience. The rules required each singer who made it to the finals to sing at least 1 oratorio piece, and three other numbers free of choice. This meant that some chose three lengthy opera arias to compete with, others chose three songs, and then there were variations in between with people choosing 3 oratorio arias and one song. Not only is it hard for a Jury to compare singers who focus on song with singers who concentrated on opera, but in this case, it proved to be also a challenge for the audience, noted one critic, since the originals lasted way too long – especially given that the Jury needed two hours to negotiate the result.

Apart from apparent differences of opinion between them, the announcement of the final results may also have taken longer than usual, simply because there was not an array of new, smaller prizes on top of the Grand Four. In addition to these, there were not only t the initial honorary diplomas and the long standing Encouragement prize ‘Toonkunst,’ but also the more recent Scholarship for the Summer course in Vught, the Encouragement Prize of the German Embassy, the prize of ‘Friends of Song,’ and the prize of the Foundation ‘ Dutch Musical Interests.’ To top all that off, there were now also a string of VARA Radio performances to be won, which was remarkable mostly because the IVC had hitherto been an exclusive KRO Radio event. Admittedly, not all these prizes had the same weight, yet they all had to be awarded… Critic C. de Jong–Stolle summarized this array of prizes in his review with the words, ‘finally, some secondary prizes were awarded to a few participants.’ 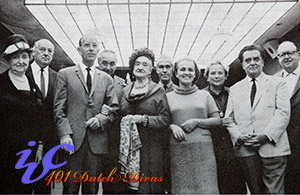 In the Press Section you can read all about the speculations among journalists regarding rifts in the Jury. The critics also vehemently disagreed among themselves, although all agreed on one thing: that the First Prize of Cszilla Zentai was inexplicable in the light of what they deemed an array of better singers in the competition. Having noted this opinion in over 15 – sometimes openly hostile – reviews, it is fascinating to see that none of the favorites of the Press made a career other than a provincial one, bar outsider Kaja Borris, who was a soloist at the Deutsche Oper Berlin for over 25 years (after she changed Fach to mezzo soprano). The favorite of the audience and press alike, Great Den Bosch Prizewinner Hans–Georg Dahmen is untraceable today, of any career post the IVC 1968 nothing is known. In retrospect, the Jury of 1968 picked the right winner after all, since in terms of recordings and performances in leading roles, Csilla Zentai had a more than respectable career, with great roles in the Deutsche Oper am Rhein Düsseldorf, the Deutsche Oper Berlin, whereas she was a veritable star in her native country. In addition, she made half a dozen long play recordings, all in leading soprano parts.

Having participated in various vocal competitions myself as either a critic, a member of the Jury, or in some function, most notably in the Hariclea Darclée International Vocal Comeptition Braila (Romania), and as a member of the Press Jury IVC 2012, I have frequently wondered about the more or less habitual differences between press and Jury. Although I could usually understand arguments for any given preference, there were always a few cases where I felt one or two singers had the je ne sais quoi factor that fascinated my ears more than the specific qualities of certain winners. Having said that, and even though I have mostly been a member of the press camp, I came to understand better that Juries listen with different criteria then audiences or critics. Speaking for myself, I readily admit that I have always been captivated by the beauty of the moment, whereas the likes of Siegfried Jerusalem, Ioan Holender, Nelly Miricioiu and others have explained me that they were primarily looking for growth potential, and voices that could fill a house. Naturally, the press will count the times that they were right, just as the Jury will point to the times that time proved them right. On balance, the stunning fact is that about 70% of the times, the Jury turns out to have had the better ear – even if they had to be aided by a mechanical hearing device, such as Olga Slobodskaja in this particular year. [RS]

Winner takes it all…

There is one reservation to be made here though, since something rather important in building a career has remained vague up to this point, and that is the direct influence of jury members on any given singer's career. Albert van Haasteren mentioned this in his recollections of the 1955 IVC, when he said that Jury member Alexander Krannhals offered him a contract on the spot after his unexpected Second Prize in that year’s competition. Jury members often have substantial networks and work at times as talent scouts for theatres, or agents. Apart from the question who is objectively ‘the best at any given moment,’ there is also the factor of judging who may get the most out of his talents in he long term. Some talented people lack the resources to prevail; others with lesser talent sometimes have ompensating qualities. In short, a voice alone is no guarantee, but for a substantial number of IVC Winners up to 1968, Den Bosch proved a trampoline to a secure future on the various operatic and recital stages of the World. Therefore, by nature, the right or wrong of any given Jury decision can never be evaluated in the moment. Part of this website serves to uncover precisely that, especially where some singers no longer ring an immediate bell in the public mind, whereas they had splendid careers that any given young singer would readily sign for to this very day – precisely this is the case with the likes of Csilla Zentai and Kaja Borris.