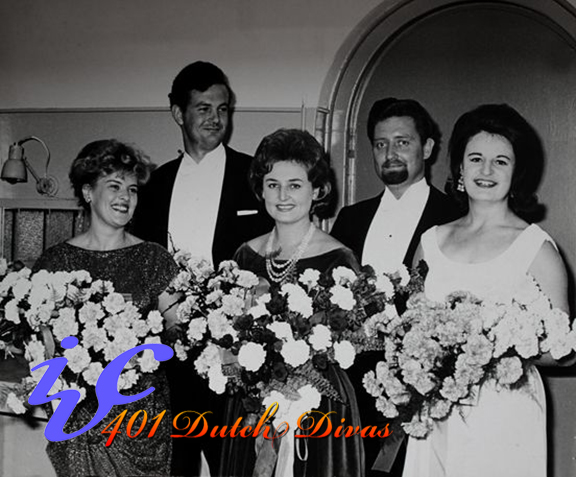 The 11TH edition of the IVC Den Bosch was rather well received by the press, and also very well attended by the audience. Perhaps the fact that no less than 9 tenors made it to the semi-finals, among them three Dutch tenors, played a part in the general excitement. This lured one journalist into dubbing the 11th IVC the ‘competition of the tenors.’ Regardless, the ‘dissapointing contingent of mediocre sopranos,’ as one other newspaper dubbed the high female vocalist in the semi-finals, two sopranos ran off with the only two First prizes. These were awarded to Hungarian soprano Janka Békas (also best singer of the contest), and her Polish rival Bozena Kinasz-Micolajczak.

New faces for the Jury

After a decade where for the longest time the Jury was more or less made up of the same grup of faces, repeated urgings from the press to diversify the Jury was now taking effect. Since the 1960’s, the Jury was refreshed with almost three names per year. For 1964, the novel members were Annelies Kupper, Irma Kolassi, and Guus Koekman. 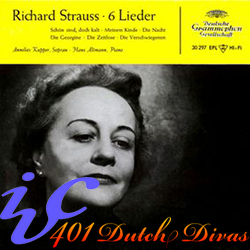 Annelies Kupper was the star of the Munich Opera House since 1946, where Richard Strauss and Richard Wagner were the celebrated composers. Apart from having enjoyed a stupendous career in german Opera, Kupper also achieved a considerable reputation as a voice teacher, in which profession she taught at the Musikhochschule in Munich. This fame had also made her a popular Jury member in rival vocal competitions as those in Munich and Geneva. With that, another subject is approached, where it concerns the emerging trend to recruit each other’s hottest Jury members. From these years onwards, we see increasingly more of the same names in the Jury’s of Geneva, Verviers, and Munich, to mention but the most important ones. Kupper proved not very favorable of late starters, though, since she divided participants in those who took the challenge serious, and those around 30 years of age, who had failed to land a career previously and now opted for various competitions as a last resort… 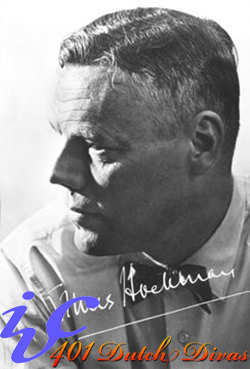 Dutch bass Guus Hoekman came into view as a Jury member after having taken part in the Jury of the Verdi Voice Competition of RAI Italy, in the previous year. As a singer he had then just risen to fame as Arkel in the Ansermet recording of pelléas et Mélisande, a part in which he was discovered at Glyndebourne, and which he was about to repeat Brussels. Belgium also saw a good deal of Hoekman in 1964, among others in I puritani, whereas The Netherlands had to settle for a few concerts only. The reason was to be seen in the bancrupcy of the Dutch National Opera, which was currently being rebuild. Still, his upcoming perfomances in Bluebeard’s Castle in Het Concertgebouw and Le cocq d’or for Vara Radio were important enough to keep his name on top of the Dutch bass roster for the 1964/1965 season.

In the 1950’s, Irma Kolassi enjoyed great fame as a singer of French mélodies. She performed often in The Netherlands, among others in Den Bosch, where she had once sung in Caplet’s ‘Miroir de Jésus,’ a performance she had just repeated in the Kröller-Müller Museum Otterloo, when she arrived there to take her place in the Jury of the 1964 IVC. Her best achievements were accomplished in the works of Ravel, Debussy, Duparc (see video), Mahler, wolf, Richard Strauss, and De Falla. As a Jury member she had previously distinguished herself at the Paris ‘Grand Prix du Conservatoire’ competition, whereas she was a renowned vocal teacher at the Scola Cantorum in that same city.