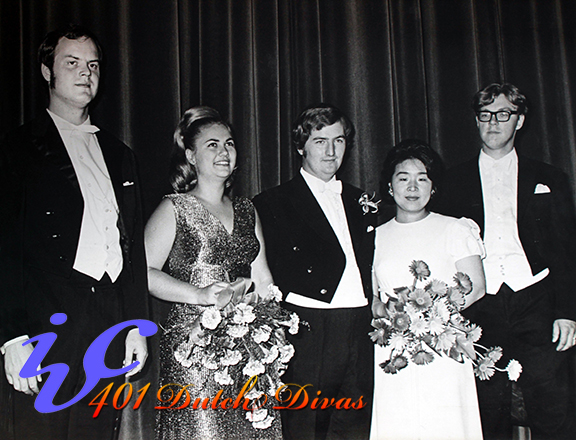 One of the striking particularities of the 1971 edition of the International Vocal Competition Den Bosch (IVC) was the lavish number of First Prize winners against a single Second Prize winner. That a number of smaller prizes also were not awarded was considered a bit odd, given that full 42 participants were accepted into the semi finals, 18 of which passed on the finals. Home audiences welcomed the Dutch singer among First Prize winners in over a decade, one that would later carve out a career that did more than justice to his IVC Prize Winner status, since Robert Holl would wholly conquer the world of oratorio, song, and opera in an international career that still continues to date, in 2014.

Although the plenitude of First Prize winners suggests a great harvest, alleged new rules for awarding the great prize of the City of Den Bosch for Best Singer of the Competition prevented this prize from being awarded. These new rules specified that a winner who scored significantly more points than the other candidates would still receive The Great Prize of the City of Den Bosch, but he/she would no longer be dubbed ‘Best Singer in the Competition.’ Even if this was announced at a press conference, the official prize listing still speaks only of a candidate who is judged worthy of this prize by the Jury, and not of an automated system of points. Effectively (and regrettably!), it seems that the label ‘Best Singer of the Competition’ was simply abolished. 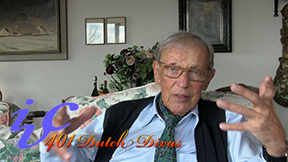 Another novum was the absence of Manus Willemsen as President of the Jury. According to IVC Secretary at the time, Eugène Pannebakker, it was felt that the roulation system in the Jury should also apply to the President, which was an euphemism for the feeling among some that it IVC had slowly turned into the MWC. Pannebakker:

‘Manus truly loved the IVC, and as President of the Jury and intermediate with KRO Radio, he had immensely contributed to the IVC’s growth and success. He was a man of winning charm, and there wasn’t a door that could not open with it. People liked him wherever you came, and his involvement was also a labor of love. To the end of his days his life gravitated around the IVC. The outcome of this was that some were now nicknaming the IVC the Manus Willemsen Competition. Given the new policy to refresh the Juries more significantly from year to year, some felt that after 16 years in a row, Manus might also help things further by leaving the honors to someone else, just for one year. He remained on board and would frequently return as President of the Jury throughout my tenure there, which lasted until well in the 1980’s.’

The last Dutch IVC First Prize winner had been Elly Ameling in 1956, which made Robert Holl the first Dutch winner in 15 years, a statistic reality that did not elude the press. Admittedly, creating Dutch winners was never a target if the IVC, which started in 1954 as a Benelux Competition, only to change the name to international Vocal Competition in the year thereafter. For Rotterdam born Robert Holl to win the First Prize in the Jos Orelio category, he simply had to be the best.