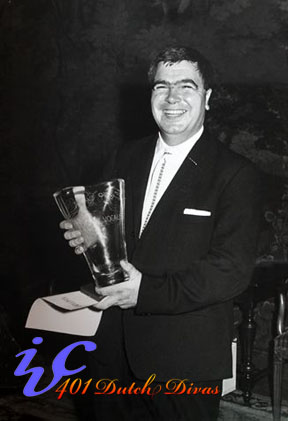 Perhaps surprisingly, the Ninth International Vocal Competition Den Bosch was officially announced as a competition that aimed to focus on ‘the human aspect’ in judging participants.  Per president of the Jury, Manus Willemsen, active in that same jury since 1954, judgments would henceforward be made in the context of a singer’s ‘future career prospects.’ Although the press jumped on the slogan in what might by now be dubbed ‘the Dutch way,’ Willemsen explained this element as follows:

‘A singer should not just deserve the victory, but we also want such a victory to come at the right moment for him to benefit of it – a victory should be helpful, rather than pointless for a further career.’

Willemsen’s statement testifies of the continuing process of evaluating the merits of any given policy tried in previous years. It also meant a partial return to the principles of the first and second competitions as organized in 1954 and 1955, when winners were more or less debutants on the scene. As mentioned, it was only partial return to the aims and outcome of the origins of the competition, since one did not abandon the policy effectuated in 1956, which aimed to recruit more advanced singers in order to raise the level of the competition to a level that would be on a par with the renowned international competitions in Verviers and Geneva. On paper, the return to the original idea of boosting young singer’s careers rather than promoting the competition by attracting singers for whom the competition was pointless, looked as a logical move, even a promising one. For indeed, there was no point to have a winner like Ladislav Mráz in 1956, who was then already the star of the Czech National Opera, with an impressive recording career behind him. At the same the time, it was also an almost ‘typically Dutch’ attempt to balance the impossible. Imagine the reactions of the audience and the press if the best singer by far would lose from a sympathetic ‘beginner.’ Willemsen did not have to wait very long to see the results of the Jury’s new policy taking effect, when exactly that ‘seemed’ to happen in 1962… see the Press section!

When asked why the Ninth edition of the IVC attracted a disappointing number of participants, 40 only against 60 in the previous year, new Jury member Ettore Campogalliani, vocal coach at la Scala and vocal teacher at one point in time of Renata Tebaldi, Tito Gobbi, and Mirella Freni, came up with an answer and a solution that seemed to reflect the general opinion on this topic. He argues that since Den Bosch was located away from the operatic mainland, the organization should consider the high costs to get there for foreigners, and give them compensation for travel and stay. Confronted with the high demands on candidates, who are required to excel in opera, oratorio and song, whereas most other competitions had lesser demands, Campogalliani argued that the demands were fine:

‘A competition that takes itself serious the demands should be high. I am also impressed with the Jury’s serious and objective approach, I have seldom seen this taken effect to this extent. The accompanists are stupendous. And I must say that I am also impressed with the hard and serious labor shown by the participants, molto accurate, molto attente.’

As a result, the organization hatched the plan to lower the demands and raise the prize money. However, the doubled sum of admission fees for the Ninth IVC seems to have played it’s own par in the lower number of participants, together with fierce competition from other vocal competitions, as well as from the local Summer Course for Young Vocalists in nearby Vught, who were prohibited to participate in the IVC.