Welcome to the IVC archives 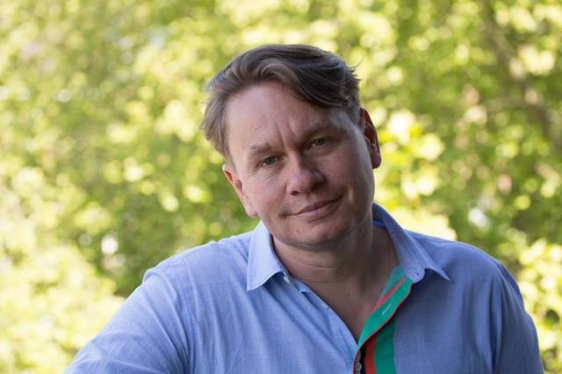 This website will revive long lost memories of 50 IVC’s, but also of hundreds of vocalists who weren’t otherwise represented on the internet with biographical data, sound samples and photographs or videos. The data and information were comprised of the joint 401DutchDivas archives in Amsterdam, and the IVC Archives in Den Bosch. Admittedly, we took the term ‘Dutch Diva’ a bit broader than 401DutchDivas founding father Joop Lindeijer did. We believe that all singers who started their careers in Den Bosch have a ‘double nationality’ – some, like Howard Crook, actually remained here after their IVC appearance! Others like Michele Molese considered themselves so much Dutch at the time of their participation that they enlisted themselves as ‘Dutch;’ ultimately, there were also those who became Dutch Divas because of their unique bond with the Dutch audience; naturally, Nelly Miricioiù is the first name who comes to mind here. She was by far not the first though. There were others before her who had an inexplicable effect on either the national audience, such as IVC Masterclass maestra and VARA Matinee legend Magda Olivero, or IVC Prize Winners such as Adrienne Csengery. Some who didn’t even win much or nothing at all, made themselves particularly dear to the local audience in Den Bosch, such as ;the moving versimo diva; Olga Maddalena, the new Adelina Patti’ Geraldine Hacket-Jones, ‘the fabulous bass’ Shuischi Takahashi or ‘the new Schaliapine’ Vladimir Pankratov.

The link with 401DutchOperas.nl will become clear only in later years, when the IVC starts handing out composition assignments to Dutch vocal composers, to which that particular website is devoted. Just as we link all names of IVC Winners and noteworthy participants to a chronological index on 401DutchDivas.nl (section IVC; Dutch singers are linked to their regular portraits on the 401DutchDivas website), we will eventually link all Dutch composers to their portraits on 401DutchOperas.nl.

The archives of the International Vocal Competition are a unique source for both the history of the IVC and the history of singing in general, as of 1954, the year of the first competition. What you will find on these pages under the green Archive menu button is an index per year of all years since the competition started. Within each year there is:

This page starts with the complete results & ends with short biographies of the singers. These biographies have photos, audio samples and sometimes, when available, also video excerpts.

This page gives the press response to that year’s competition.

Here we provide samples of the actual International Vocal Competition IVC) Den Bosch Gala Concerts of the Winners. We first provide the reception in the press. Below the text is a table with the complete program. Inside the table we will provide sound samples.

This page gives the participants as of the semi finals, or as close as we could reconstruct this (not all lists have been preserved).

The Jury page lists all jurors, along with their professions and a photo. The long list includes countless legendary names from the world of song, ranging from Julius Patzak, Frans Vroons, Hertha Töpper and Arthur Eisen up to Siegfried Jerusalem and Dame Kiri Te Kanawa, to mention but a few. Jurors also included former IVC Winners such as Halina Łukomska, Annette de la Bije, Cora Canne Meijer, Robert Holl and Nelly Miricioiù, to mention but a few. Countless conductors, vocal teachers, opera theatre managers and stage directors have been part of the juries over the years as well, most recently General Manager of De Munt Brussels Peter De Caluwe (2012), former General Manager of the Viennese Opera and current contractor for the Metropolitan Opera New York Ioan Holender (2012/2014), conductors David Parry (2012) and Kenneth Montgomery (2014).

Here we provide reminiscences of that year’s competition by either the Winners, participants, jurors, members of the organization, or from the audience. Often these reminiscences are provided in the form of direct interview that we had with many of the people involved, sometimes they come from broadcasts that were archived in the 401DutchDivas.nl archives, and sometimes they are quoted from published newspaper or magazine interviews.

Incidentally, the IVC has published either vinyl pressings (1956, 1978), and later also CD’s that were included with jubilee booklets (2004). These will be reviewed in a separate page in the concerning years, where you will find sleeve notes, scans, and audio samples.

In recent years, all IVC finals and concerts have been filmed. Where we find such movies, we will eventually make them available under a video button in the concerning year.