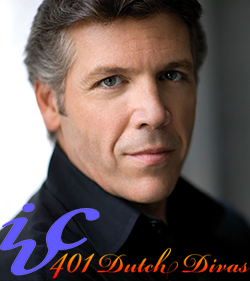 “We did not hear the preliminary rounds, but on the grounds of the semifinals and finals, we expected Thomas Hampson to win the First Prize in his voice category.” (Hein Zomerdijk, Brabants Dagblad, September 8, 1980)

“During the Gala Concert, Second Prize winner Thomas Hampson was on a par with the First Prize winner in his voice category, his voice perhaps a shade fuller, his technique a shade more supple.” (Chris de Jong-Stolle, NRC, September 9, 1980)

Thomas Hampson (b. June 28, 1955, Elkhart, Indiana) grew up in Spokane, Washington, where he studied political science and government. During the summers of 1978 and 1979 he also ventured into singing and continued his studies at the University of Southern California. After winning the San Francisco Opera auditions in 1980, his musical life became a fairy tale. His 1980 IVC Second Prize almost looks like a historic mistake by the jury (though, to be fair, he competed while suffering from a cold). Says Hampson:

“My manager had succeeded in arranging some auditions for me in Europe, and he figured a few competitions couldn’t hurt. I landed in Frankfurt, worked with a pianist in Freiburg, caught a cold and took the train to [takes deep breath]… ’s-Hertogenbosch. I was hosted by a wonderful family that tried to smuggle me into Dutch national health care to get treatment for my bronchitis, since I had no money to pay a doctor then. The mother took me to a hospital claiming I was her deaf-and-dumb husband, so I actually got some medicine. I believe I even won something there too, right? Second Prize? I sang at the concert and hopped on a train for the audition tour, for which I had bought a Eurail pass. My food supply consisted of cans of vegetable soup with meatballs, and I took night trains to save on hotels, except on nights before auditions, since the trains had no showers. … Well, I hopped off in Düsseldorf and was offered a four-year contract on the spot! Since I was there anyway, I decided to at least honor the terms that had been set up for my further auditions in Zürich and Dresden, and guess what: they too offered me contracts on the spot. … I chose Düsseldorf because I felt that theater would give me the best opportunity to build repertoire and gain experience. Two years later Nikolaus Harnoncourt asked me to audition for him. I couldn’t make it, but he heard me anyway. From then on my life became a movie plot. You might say that my IVC prize did not play a part in my career, but then again, I got to Düsseldorf through Den Bosch and took those experiences with me. You never know how things would have developed otherwise. Then there was also the free cough medicine! In addition, I met my German manager at the reception in Den Bosch. […] I believe that competitions are important. They are great for experience and networking.”

While in Düsseldorf Hampson continued his studies with Elisabeth Schwarzkopf. In 1984 he began an engagement at the Zürich Opera House as a principal lyric baritone, participating in, among other productions, the legendary Harnoncourt-Ponnelle Mozart cycle, including the 1987 Don Giovanni. Hamburg, Cologne, Vienna and his 1984 London recital debut at Wigmore Hall followed in rapid succession. His Metropolitan Opera debut as the Count in Le nozze di Figaro followed in 1986. Then Leonard Bernstein discovered his potential, which resulted in the famed performances with the Vienna Philharmonic in Mahler’s Kindertotenlieder (1988), Rückert-Lieder, and Lieder eines fahrenden Gesellen (1989). From the 1990s on he was the world’s leading lyric baritone. For the countless theaters where he appeared and the conductors and costars he worked with, we refer you to 401DutchDivas.nl. We hope to see Hampson back in Den Bosch one day. Says Hampson:

“I’m not sure if I would be a good juror. I would prefer to really work with young singers in a master class rather than to just listen to them, but I need to find the time.” 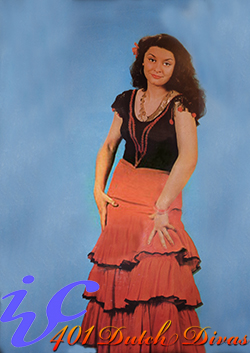 “After her stupendous opening number, Rossini’s aria ‘Ah! Quel giorno’ from Semiramide, there was no doubt that Mariana Cioromila would win the First Prize among altos/mezzos.” (Hein Zomerdijk, Brabants Dagblad, September 8, 1980)