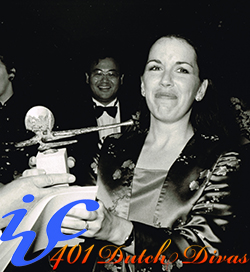 “Poulson’s victory was not so unexpected given her experience and the fact that she barely got in under the age limit of 32. That did not lessen her fantastic performance of Diepenbrock’s refined song ‘Les chats’, which attested to deep understanding. From there she jumped effortlessly to ‘Sein wir wieder gut’ from Ariadne auf Naxos, completely uninhibited and marvelously acted; next, she turned Rossini’s ‘La regata veneziana’ into a babbling brook of wonders.” (Luc Knödler, “Twee overwinnaars,” September 1984)

“There were many dramatic operatic mezzos and I am a lyric mezzo. I didn’t want to compete with them, so I filled out ‘song’ as my specialty.” (Lani Poulson in Brabants Dagblad, September 1984)

In 1978 American mezzo-soprano Lani Poulson (b. 1954, Utah) was eliminated in the IVC semifinals. When she returned in 1984 she was a mature artist. Her Great Prize, the First Prize in the mezzo category and Elly Ameling Song Prize helped her build a major career, during which she was closely associated with the De Munt Opera in Brussels (from 1984), the Semperoper in Dresden and Staatsoper Stuttgart. In Brussels she sang such roles as Countess Geschwitz and Octavian. At the Semperoper she also sang Sextus. In Stuttgart she demonstrated her gifts as an interpreter of contemporary opera, for instance as the Mother in Nono’s Al gran sole carico d’amore and in the world premieres of Salvatore Sciarrino’s Perseo ed Andromeda (1991), Wolfgang Rihm’s Das Schweigen der Sirenen (1994), Andreas Breitscheid’s Im Spiegel wohnen (2003) and Nicholas Lens’s Slow Man (2012). She also appeared in Munich, Berlin, Frankfurt, Hamburg, Düsseldorf, Mannheim, Amsterdam, Madrid, Barcelona, Drottningholm, Lisbon, Budapest, Tel Aviv, Strasbourg, Verona, Trieste, Montpellier, Graz and Antwerp. Among her major 20th- and 21st-century repertoire are Bernd Alois Zimmermann’s Die Soldaten and the lead role in Claude Vivier’s fascinating Kopernikus in Amsterdam (2003).

“Thomas Mohr may well write history as the revelation of this tournament, for it is a rare bird who can dominate so completely at the early age of 22 – this was his first-ever competition! Diepenbrock’s ‘Celebrität’ received such loving caresses, Loewe’s ‘Odins Meeresritt’ sounded so naturally imbued with fantasy and refinement that ‘Bin das Faktotum’ hardly mattered.” (Luc Knödler, “Twee overwinnaars,” September 1984) “The baritone Thomas Mohr provided one of the most memorable highlights of the evening in arias from Rossini and Mozart. His German-language rendition of the ‘Largo al factotum’ was the swashbuckling finale of the festive evening.” (Ferd op de Coul, Brabants Dagblad, September 1984) German baritone/tenor Thomas Mohr (b. 1961) was still studying voice in Lübeck when he made his coup at the 1984 IVC. Wisely, he finished his studies and tested the waters in further competitions. With his talent confirmed there, he eventually signed contracts in Bremen and Mannheim, following which he joined Opera Bonn. There he worked with prestigious directors and learned his essential repertoire, including Silvio, Albert, di Luna, Lescaut, Germont père, Eisenstein, Almaviva and Papageno. On the concert platform his attention centered on Orff’s Carmina burana, Brahms’s Ein deutsches Requiem and Britten’s War Requiem. Since 1997 Mohr has established himself as a freelance singer. He has appeared in many of the world’s major concert halls and in the operas of Munich, Zürich and Dresden. Famous conductors he worked with include Kent Nagano, Nikolaus Harnoncourt, Gerd Albrecht, Lorin Maazel, Leonard Slatkin, Antonio Pappano, Georg Solti and Zubin Mehta. And that was only as a baritone; enter the tenor Thomas Mohr, following his successful debut as Idomeneo and Siegmund in the 2005–6 season. April 2006 saw his debut as Parsifal in Erfurt. Max in Der Freischütz followed in Cologne and St. Gall, after which he sang Loge in Das Rheingold at the Leipzig Opera. 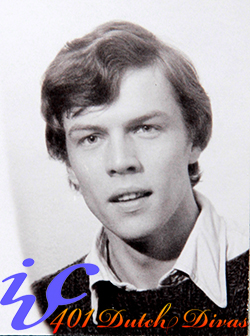