“Second Prize winner Andrea Rost should not even have been allowed to pass to the finals. A songbird that for the moment has no idea about Schubert, Verdi, Berg or Strauss, although the jury believes her to possess ‘a voice of rare beauty and the talent to communicate with the audience.’ Surely they didn’t mean the horrific shudders she caused in me?” (Hein Zomerdijk, Eindhovens Dagblad, September 1986) Hungarian soprano celebrity Andrea Rost (b. June 15, 1962, Budapest) came to Den Bosch at an extremely early point in her studies at the Franz Liszt Academy of Music as a pupil of Zsolt Bende. In retrospect her Second Prize is both amazing and a testimony to the jury’s system of judging voices on technical accomplishment, natural beauty and growth potential. Even in 1989, when she debuted at the Budapest Opera as Juliette, she was still studying on a scholarship from that opera house. By 1991 she had established herself as an audience favorite at the Vienna State Opera in all her central roles – Zerlina, Adina, Susanna, Lucia di Lammermoor and Violetta. The sensation was confirmed at her La Scala debut as Gilda in 1994, followed by many performances there. At the Salzburg Festival she appeared in Die Frau ohne Schatten (under Georg Solti), L’incoronazione de Poppea (under Nikolaus Harnoncourt), La traviata (under Riccardo Muti) and Boris Godunov (under Claudio Abbado). In Paris she added also Antonia in Les contes d’Hoffmann. Her Metropolitan Opera debut was in 1996 as Adina, followed by Gilda, Lucia, Violetta and Susanna. At Covent Garden she sang the title role in the world concert premiere of Donizetti’s Elisabetta; Madrid heard her in Poulenc’s Les dialogues des Carmélites (2006). There were further performances in Chicago, Washington, Los Angeles and Tokyo, and meanwhile she remained a fixture with the Budapest Opera. Among her discography are several recital discs with opera arias; her Mozart album is also on DVD. 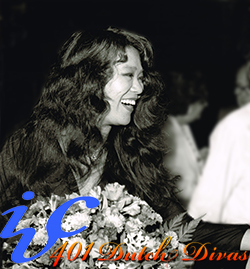 “All eyes are now on Qing Miao, a stunning vocal and dramatic talent.” (Hein Zomerdijk on the semifinals, Eindhovens Dagblad, September 1986) “It’s hardly surprising that the Chinese woman studying in France, Qing Miao (a name that caused some giggles in the auditorium), achieved a complete victory in this year’s competition. She displayed a certain charm and was the only one who demonstrated by voice and stage presence how to captivate an audience, including the jury. We will see how far she gets with it.” (Hein Zomerdijk on the finals, Eindhovens Dagblad, September 1986) Chinese mezzo-soprano Qing Miao was a pupil of Wang Bingrui at the Central Conservatory of Music. Early on she participated in performances, getting her first big break when she was chosen for the title role in a 1982 Bejing production of Carmen, part of a joint cultural celebration held by China and France. In 1984 she received a grant to complete her training in France at the conservatory in Nancy. She took further lessons and master classes from Carlo Bergonzi and Franco Corelli. In 1985 she scored an immense triumph at the IVC, where she won the Great Prize as well as the Erna Spoorenberg Prize. The same year she also won First Prize in Toulouse. Miao’s international career started in 1987 and culminated in appearances at Covent Garden, Opera Bonn, Deutsche Oper Berlin and Opera Basel as well as in opera houses and concert halls in France, Belgium, The Netherlands, Switzerland, Japan and her native country of China. Her central roles include Azucena, the Nurse in Die Frau ohne Schatten, the Second Lady in Die Zauberflöte, Siegrune in Die Walküre, Suzuki in Madama Butterfly, Donna Elvira. In China she is a national star, hosting radio and television shows and concertizing (now also teaching). Her Carmen in 1982 and her 2006 performance of the role in a spring concert bookend a remarkable career during which her extraordinary talent matured into full bloom. 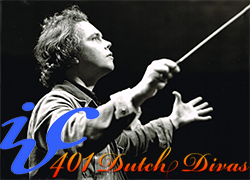 “This year, for the first time in the IVC Competition, the Brabant Orchestra accompanied each candidate on one aria in the finals. Thus, finalists had to appear twice, first for the piano finals in the afternoon and then for the work of their choice with orchestra. The results were worlds apart. Some candidates sang completely differently with orchestral accompaniment. Amazingly, conductor Jan Stulen managed to interpret all the different elements in this potpourri of musical history within their own idiom.” (Gérard Verlinden, “TV-opname en orkestbegeleiding,” September 1986)