“I believe I still have a lot to learn, and I have not yet arrived where I want to be.” (Angelina Ruzzafante to Wil Derkse, Brabants Dagblad, August 31, 1992)

Dutch soprano Angelina Ruzzafante (b. 1965) completed her vocal studies at the Maastricht Academy in 1992 with honors and went on to train with Francisco Araiza, Mya Besselink, Ingeborg Hallstein, Reinhard Leisenheimer and Nelly Miricioù. She first triumphed at the Cristina Deutekom Competition 1992 and then entered her name into a very select list of Dutch First Prize winners in ’s-Hertogenbosch that began in 1954 with Annette de la Bije. The Netherlands suddenly had a new star in the operatic firmament. Ruzzafante began her career at Theater Hagen and achieved international success in opera houses and concert halls including Amsterdam, Paris, Rennes, Lyon, Mexico City, Caracas and Pamplona. Her repertoire includes Mozart’s Konstanze, Queen of the Night and Donna Anna; Puccini’s Mimì and Suor Angelica; Strauss’s Daphne; and Wagner’s Elsa. Since the 2009–10 season she has been a member of the Anhaltisches Theater Dessau, where she appeared as Elvire in La muette de Portici (later recorded on CD), Liù in Turandot, Rosalinde inDie Fledermaus, Emma in Khovanshchina, Fiordiligi in Così fan tutte, Mimì in La bohème, Gutrune in Götterdämmerung, Waldvogel in Siegfried and Marguerite in Faust. In the 2012–13 season she appeared in the title role of the German premiere of Massenet’s Esclarmonde. Dessau’s 2013–14 season opened with Ruzzafante’s role debut as Norma. She has made several CD recordings, including complete recordings of Wolf-Ferrari’s Das Himmelskleid and Weber’s Silvana. She has recorded a solo album with the Limburg Symphony Orchestra. 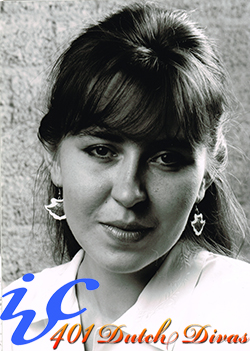 “Although she still has much to learn, she was one of the few participants that knew how to make music.” (Adriaan Hager, Trouw, August 31, 1992)

Polish alto Ewa Wolak (b. 1968) received her musical training at the Academy of Music in Kraków in viola and voice. She completed her studies at the Hochschule für Music in Karlsruhe. In addition to winning the Markus Herdink Prize at the IVC, she was among the prizewinners of the International Maria Callas Grand Prix in Opera in Athens and received the European Union Prize for Cultural Heritage. Since 1998 she has been engaged at the Badisches Staattsheater Karlsruhe, where she is a permanent resident soloist. There she has sung the title role in Carmen, Gaea in Daphne, Olga inYevgeni Onegin and Mistress Quickly in Falstaff; at the Deutsche Oper Berlin she has sung Cornelia in Giulio Cesare, La Cieca in La Gioconda and Erda in Das Rheingold. Wolak has performed many Händel opera and oratorio roles: Eduige in Rodelinda, Bradamante in Alcina, Irene in Tamerlano, Carilda in Arianna in Creta and the title parts in Amadigi di Gaula and Solomon . In addition, she has sung Isabella in Rossini’s L’italiana in Algeri, the Third Lady in Mozart’s Die Zauberflöte, Marcellina inLe nozze di Figaro, Leonora in Scarlatti’s Il trionfo dell’onore, Costanza in Haydn’s L’isola disabitata and Marthe in Gounod’s Faust.

Wolak has appeared at the Deutsche Oper Berlin and the Komische Oper Berlin, as well as in Trieste and Montpellier. In recent years she has repeated many of these roles in Karlsruhe and Berlin; she has also appeared as Schwertleite in Die Walküre, Dalila in Samson et Dalila, Ulrica in Un ballo in maschera and Fricka in Die Walküre and Das Rheingold. In 2010 she performed Mozart’s Requiem. A frequent concert artist, Wolak has appeared in numerous festivals all over Europe, including the Karlsruhe and Göttingen Händel Festivals, Warsaw Autumn, the Tyrol Festival, the Vilnius Festival and Wratislavia Cantans. 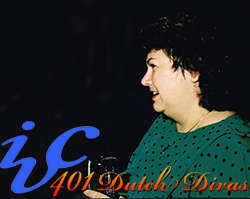 “Since completely objective juries do not exist, we call upon the aid of mathematics to approach the maximum degree of objectivity. It is really very simple: we count the numbers and come up with the totals. Below a certain total for specific prizes such as the First, Second and Great Prize, that prize can’t be awarded.” (1971 IVC First Prize winner and 1992 IVC juror Horiana Brănişteanu on the meager harvest of awards this year, Brabants Dagblad, August 31, 1992)