“The choice of Veronica Amarres was supported by the applause that she garnered. She has star potential. She actually managed to make you forget her third-rate green dress from days gone by. Her Sibelius and Rachmaninoff are stunning, given that she is able to sing Rossini just as well. How proud her guest family was in the auditorium. They’ve hosted singers for years, but never one who took home a prize!” (Ivo Postma, De Gelderlander, September 9, 2000)

Russian mezzo-soprano Veronica Amarres (b. 1971), daughter of two well-known St. Petersburg musicians, made her debut as a pianist at the age of 12 on the stage of Great Hall of the St. Petersburg Philharmonic Society. She graduated from the city’s Conservatory with distinction in piano and singing. As a pianist she owes much to Bruno Lukk, Valery Vassiliev and Christoph Eschenbach. She perfected her vocal technique in London at the Guildhall School of Music and Drama. Among her vocal teachers she counts Christa Ludwig, Grace Bumbry, Antonietta Stella and Rudolf Piernay, and she has taken master classes with Renato Bruson, Fiorenza Cossotto, Gianni Raimondi and Evgeny Nesterenko. She gained international recognition as an opera singer following clear victories first at the IVC in ’s-Hertogenbosch, then in the competitions named for Maria Callas, Montserrat Caballé, Giuseppe Di Stefano and Alfredo Kraus. She was one of Kraus’s last partners in Werther and, as such, one of his youngest Charlottes. Combining a high-profile career as a pianist with an equally successful one as an opera diva, she has recorded 6 CDs, sung in the UK premiere of a Dominick Argento opera and participated in festivals in Schleswig-Holstein, the Rossini in Wildbad Festival, the Liszt Festival in Germany, the festival for the 500th anniversary of the founding of Brazil in Rio de Janeiro and festivals in Bulgaria and Chicago. She has worked with such conductors as Claudio Scimone, Peter Maag, Alberto Zedda and Zoltán Peskó.

“The most consistent singer in the tournament was Matjaž Robavs. His appearance in the semifinals was both exciting and touching, especially in ‘O du, mein holder Abendstern’ which he rendered marvelously in his warm, beautiful voice. He was not to blame for not being able to recreate this achievement in the finals, where he had to fight the very uneven accompaniment of the orchestra.” (Marjolein Sengers, Brabants Dagblad, October 3, 2000)

Slovenian baritone Matjaž Robavs studied with Professor Marcos Bajuk at the Ljubljana High School of Music and Ballet. Further studies ensued at the University of Music and Performing Arts in Vienna, where 1988 IVC juror Helena Łazarska was his principal teacher. He participated in youth singing competitions beginning in 1991, and in 2000 he completed his studies with 1971 IVC Prize winner and alternate juror Robert Holl. The Song Prize and the Arleen Augér Prize in ’s-Hertogenbosch demonstrated his fine training. Robavs has since performed at festivals including Karintischer Sommer in Austria, Wratislavia Cantans in Poland, the International Baroque Festival in Croatia, the Wexford Opera Festival in Ireland, the Zomeropera Festival in Belgium, the Salzburg Festival, the festival in Baden-Baden and so on. He has performed at opera houses in Klagenfurt, Schwerin, Vienna (Volksoper), Ljubljana, Antwerp, Wexford and Frankfurt. His principal roles are Papageno, Guglielmo in Così fan tutte, No. 4 in Das verratene Meer, Ping in Turandot, the Father in Hänsel und Gretel, Malatesta in Don Pasquale, Dancaïre in Carmen and Germont and Baron Dauphol in La traviata. He performs on concert stages in Europe, Japan and Canada and has recorded for Slovenian, Austrian, Belgian and Japanese television. He has four solo recordings: Slovenian love songs, Slovenian patriotic songs, Slovenian drinking songs, and old Christmas songs. He sang the title role on Naxos’s recording of Weinberger’s Švanda dudák, the first recording of the opera in Czech. 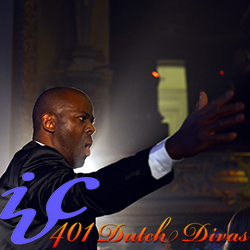 “Steven Hans Vosschezang was the clear favorite of the audience. What he still lacked technically in the ‘Largo al factotum’ he made up for with confidence and a keen sense of humour.” (Marjolein Sengers, Brabants Dagblad, October 3, 2000)