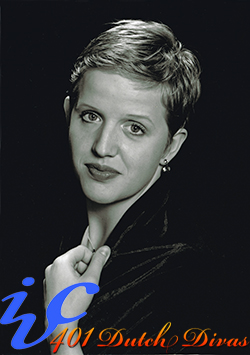 “Cora Burggraaf made a big impression with her easy mezzo-soprano voice, which only needs a little refinement in the upper register to be complete. In particular, her semifinals rendition of Kurt Weill’s ‘Surabaya Johnny’ was of exceptional quality. This is a singer that deserves a place on the stage.” (Peter van der Lint, Trouw, September 28, 2004)

Dutch mezzo-soprano Cora Burggraaf (b. 1977, Oosterhout) graduated with distinction from the Royal Conservatory of The Hague in 2002. She went on to study in London at the Royal College of Music with Maria Vonda and later with Lillian Watson. Following her Second Prize in Den Bosch in 2002, the Dutch National Opera recruited her as Zerlina in Don Giovanni. She finished her studies at the Dutch National Opera Studio in 2004 and attended master classes with Elisabeth Söderström, Margo Garrett, Thomas Quasthoff, Roger Vignoles, Thomas Hampson and Thomas Allen. Burggraaf has since had a stellar career, with appearances at the Salzburg Festival (for example, in 2010 as Stéphano in Roméo et Juliette, with Anna Netrebko and Piotr Beczała) and La Scala (in 2011, again as Stéphano, but this time with Nino Machaidze and Vittorio Grigolo), as well as the Bavarian State Opera in Munich, the Royal Opera House in London, the San Francisco Opera, the Welsh National Opera, the Netherlands Opera, Garsington Opera, Opéra de Bordeaux, the Aix-en-Provence Festival, the BBC Proms and the Rotterdam Philharmonic Gergiev Festival. She has worked with such celebrated conductors as Yannick Nézet-Séguin, Philippe Herreweghe, Emmanuelle Haïm, Marc Minkowski, Seiji Ozawa and Jaap van Zweden. Burggraaf is also a noted recitalist and has appeared in major concert halls, including the Concertgebouw, London’s Wigmore Hall and the Frick Collection in New York. On her ECHO Rising Stars tour she appeared at the Konzerthaus in Vienna, the Concertgebouw, Cologne Philharmonic Hall and Laeiszhalle in Hamburg, as well as in Brussels, Salzburg and Stockholm. 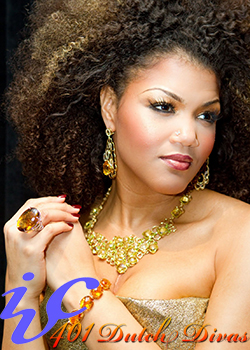 “Brueggergosman is a superb winner, from her extravagant Jessye Norman–like appearance to her powerful voice and disarming performance. This complete artist overwhelmed the jury. ‘Im Abendrot’ was cherished. In long-spun lines, and she remained glorious even in the orchestral postlude. Elisabeth’s prayer was a marvel of breath control and resignation; the Bolcom song came to life.” (Peter van der Lint, Trouw, September 28, 2004)

“No matter how trifling the song was, she turned it into an adventure. She was brilliant in Bolcom’s ‘Song of Black Max,’ unforgettable in Strauss’s ‘Im Abendrot,’ and unsurpassed in the Dutch song ‘Noche oscura’ by Rob Zuidam.” (Marjolein Sengers, Eindhovens Dagblad, September 28, 2004)

Canadian soprano Measha Brueggergosman (b. June 28, 1977, Fredericton, New Brunswick) began singing in the choir of her local Baptist church. Eventually she pursued a master’s degree at the Robert Schumann Hochschule in Düsseldorf. In 1998 in Toronto she sang the title role in the world premiere of James Rolfe’s opera Beatrice Chancy (filmed in 2000). Since her IVC victory in September 2004 (and many other victories elsewhere) she has appeared throughout Canada, the United States, Germany and elsewhere. She sang in Elektra, Dead Man Walking and Turandot with the Cincinnati Opera and performed the Verdi Requiem with Helmuth Rilling in Bonn. After being diagnosed with a heart condition in June 2009, Brueggergosman took some time off to recover from open-heart surgery. She returned to the stage in September 2009 for a performance at the Toronto International Film Festival. She performed the Olympic Hymn at the opening ceremonies of the 2010 Winter Games in Vancouver before an audience of 3.2 billion television viewers. In the 2012–13 season she made her Berlin Philharmonic debut in Porgy and Bess under Simon Rattle. Other performances include Strauss’s Vier letzte Lieder, Wagner’s Wesendonck Lieder (with Camerata Salzburg) and Peter Eötvös’s opera Angels in America with the Los Angeles Philharmonic. To be continued! 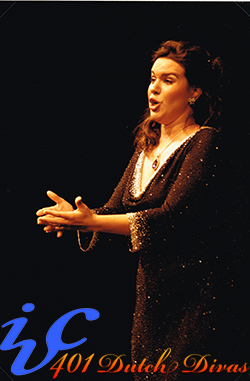 “Romanian soprano Irina Iordăchescu [daughter of 1963 IVC Great Prize winner Dan Iordăchescu – RS] was the only true opera diva of the finals. The combination of dramatic talent and her warm, flexible voice will have opera managers lining up at her door.” (Marjolein Sengers, Brabants Dagblad, September 27, 2004)

“I think we have an Audience Prize winner.” (Radio host of the live IVC finals broadcast upon the ovation for Iordăchescu’s performance of “Regnava nel silenzio” from Lucia di Lammermoor)