“Since his participation here last year, Basin his matured into a versatile and experienced singer. His atmosperic and intense interpretation of Arkel’s ‘Maintenant’ from Pelléas et Mélisande was a great achievement.” (Johan van Dongen, Eindhovens Dagblad, September 1962)

‘The Belgian bass returned as a man who had learned from his mistakes the year before. He sang very natural and calm, which enabled him to make the best of his particular qualities, such as in the remarkably sung Arkel scene from Pelléas et Mélisande, and in ‘Quoniam tu solus sanctus’ from Bach’s Hohe Messe. A sure finalist.” (Leo Hanekroot, De Tijd, September 1962)

“I was lucky that the competition wasn’t as tough as last year.” (A modest Jules Bastin on his magnificent IVC victory 1962)

‘Mr. Bastin sang the starring bass roles in Verdi's Don Carlo and in operas by Mozart, Wagner and other composers. Although best known for his sensitive interpretation of works in French and Italian, his favorite role was that of Baron Ochs in Der Rosenkavalier.’ (The New York Times)

Belgian bariton Jules Armand Bastin (Pont-Ligneuville, Belgium 18 March 1933 –  Brussels 2 December 1996) was already singing at la Monnaie Brussels for two years when he reentered the IVC Den Bosch competition 1962, after an unsuccessful attempt in the preceding edition.  At his second attempt, Viennese Jury member Rosl Schwaiger praised Bastin as a veritable artist. Mayor of Den Bosch R. J. J. Lambooy, named him a man of sorts, since he didn’t rest before winning a major competition, which he succeeded to do in en Bosch after having tried his luck in Brussels, Verviers, Toulouse, and wherever there was a possibility to compete! In our own radio archives we rediscovered a unique radio broadcast, with Bastin commenting on his victory, in…. Dutch! That calls for an exclamation mark, since speaking Dutch was not something to be expected of a Wallonia born, French oriented singer; especially not as early as September 1962, which antedates all the current laws on bilinguality in the border areas between the Belgian parts Wallonia and Flanders.

Even now, post his IVC victory at age 29, he was looking to compete in Geneva and Munich, where more might be gained for the man from the Stavelot (near Liege), father of four children, already an accomplished opera singer whose passion for song and oratorio hasn’t been as well developed since Belgium proved too small to provide enough work in that direction. Little known today, Bastin was also a French language, geography and history teacher in Brussels at the time. Physically a giant, son of a farmer, and discovered as a singer of sorts by the renowned Brussels tenor Frédéric Anspach, who turned him from a choir singer to the opera baritone of sorts, who successfully performed at De Munt (La Monnaie) Brussels, since he made his stage debut there in 1960 as Caronte in Monteverdi's Orfeo. 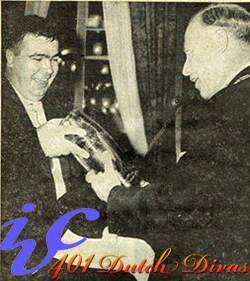 Bastin proved his very self confronted with all the prizes bestowed on him in Den Bosch. Rather than boasting of his victory he pointed out that he had won amidst a competitive field that was of a lesser caliber than it had been the previous year.

From Covent Garden to Paris

Bastin first appeared in Brussels, Liege, Charleroi and French provincial cities such as Rouen, singing Zuniga in Carmen, Bretigny in Manon and other minor roles. In 1972 he made his London debut as the Papal Treasurer, Balducci, in Benvenuto Cellini at a Prom concert in the Albert Hall. Balducci became one of his favourite roles, with notable performances at Covent Garden 1976, at La Scala, Buenos Aires, Lyons, Florence, and finally in 1995 at the Rome Opera.

Bastin sang throughout the Gerard Mortier era in Brussels, and appeared in North America in 1977 at Toronto (as Sulpice in Donizetti's La fille du regiment), in Philadelphia 1984 (Le Bailli in Werther), in1987 (as a ‘roguish’ Varlaam) and in 1988 (as ‘a deftly humorous’ Gamekeeper in Dvorak's Rusalka. On December 31, 1991, he sang Bartolo in Brussels at the last performance of the Mortier regime at the Theatre de la Monnaie. In 1993 he took part in the first performance of Debussy's unfinished Rodrigue et Chimène at the newly rebuilt Lyon Opera House. At the end of his career, he sang his debut role of ere, Caronte in Orfeo, at Salzburg.

“A voice of Slavic splendor who impressed with an aria from Il ritorno d’Ulisse, and with a song by his compatriot, J. Novák.” (Leo Hanekroot, De Tijd, September 1962)

“Novák conquered his place in the finals with a rare, large and beautiful voice that is guided by a correct technique, and very expressive. This voice promises enormous possibilities for the future.” (Johan van Dongen, Eindhovens Dagblad, September 1962)

“Novák was a serious contestor for the First Prize. His is a formidable and stunning voice, although such voices have natural limitations in more specific genres. Regardless, his monologue from Boris Godunov was a great achievement, vividly brining Boris before us withsculpted phrases.” (‘Slechts één eerste prijs,’ September 1962)

Richard Novák (2 October 1931, Rozseč) is not just a famous Czech operatic bass, but also a composer and organist. He graduated from the Brno Conservatory in 1955. He won prizes at the vocal competitions in Toulouse (1961) and ‘s Hertogenbosch (1962). Novák was a serious rival to Jules Bastin for the First Prize in den Bosch 1962. The reason that he came out second was presumably to be seen in the general feeling that his voice type, although superior in Mussorgsky’s monologue from Boris Godunov, offered limited possibilities in the larger repertoire of western bel canto.

Novák’s finished artistry is hardly surprising, given that he had performed performed as a soloist of the National Theatre in Ostrava since 1954, and later also at the Janáček Opera in Brno, which made him a further example of singers who reached Den Bosch when they themselves had already established careers. As previously for Ladislav Mráz, Novák’s aims were to extent his local Czech career abroad, and expand his horizon. His repertoire includes Bedrich Smetana’s complete output, and further focuses on the works of Bohuslav Martinů and Leoš Janáček. Apart from those Czech composers, he became a renowned interpreter of operas by Rossini, Mozart, Verdi, Prokofiev and Alban Berg. His international career centered on his appearances in the works of Janáček, for which he became a renowned advocate.

In 2001 he received the Thalia Award for lifetime achievement. In 2005 he was appointed Minister of Culture for his contribution in the field of music. His discography includes, among others, recordings of Dvořák’s Saint Ludmilla, Rusalka, Janáček’s Cunning Little Vixen, From the house of the dead, Martinu’s Ariane, and Smetana The bartered bride.

For a full portrait of Richard Novák and an extensive discography, you can visit his 401DutchDivas page here

Of tenor Antoine Trommelen very little is know, except that one newspaper singled the later winner of the Young Talent Prize out at the time as a charming, lightweight tenorino, apparently of Antillian heritage, who ‘regrettably ad no clue about the contents of the arias he was singing’. Presumably that was also the reason that Van Trommelen didn’t make it past the demi-finals.

Giovanna Vighi obtained no more than an honorary diploma in Den Bosch 1962, but she carved out a respectable career for herself in the late 1960’s and 70’s, culminating in a Berlin Komische Oper 1967 performance of Norma with the likes of Mario Del Monaco, and Elinor Ross, which has meanwhile surfaced on a no legendary video. Her live discography further includes a 1966 performance as Preziosilla in La forza del destino from Teatro la Fenice, with again Elinor Ross, tenor Gastone Limarilli, Giovanni Antonini and Silvano Carolli (CD MONDO MUSICA). Equally fascinating is her 1972 rendition of Enrico in Rossini’s Elisabetta, Regina d’Inghilterra from Palermo, 1972, a long time collectible for the presence of Leyla Gencer in the title role. Her earliest recording to date is a 1963 Nabucco from Oviedo, with Vighi singing Fenena (CD BONGIOVANNI). Next in line is a 1965 recording of ‘Stride la vampa’ from Il trovatore. 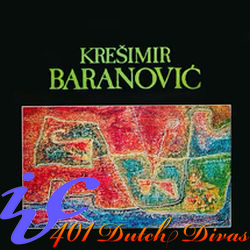 Although Yugoslavian mezzo-soprano Julijana Anastasijević did not make an international career, she did have a long career behind the iron curtain. A YouTube video from 2011 shows the vocal teacher of the Pristina Conservatory, accompanying young singer Marija Matic in… ragtime. A 1982 vinyl recording shows her voice to best avail in Krešimir Baranović ‘s ‘Sinfonijeta Za Gudački Orkestar.’

•
Remaining participants with a career 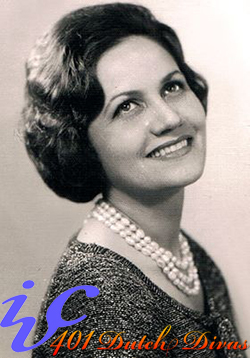 Of the remaining participants, none prize winners Olga Maddalena, and Ada Zapperi had provincial careers that can now no longer be traced. Olga Maddalena’s voice is preserved in the 1961 IVC Winners Gala Concert, since that year brought her a Second Prize in the soprano range. Of Zapperi we know that she appeared in Concert in Andalusia, Spain, accompanied by rate Furlan on piano, in 1964. Her voice was described her lyric soprano leggiero as ‘very sweet, agile and flexible, very suited to the demands of true bel canto, as well as in pieces that require purity of voice, also atonal music.’ If Margot Louise Nisita is the same Margot Nisita that is active in the English language German theatre group Bonn Players, which has been active in Bonn for over 30 years, then she turned to acting at one point in her career. 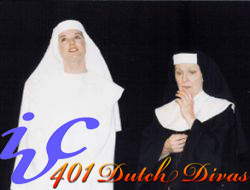