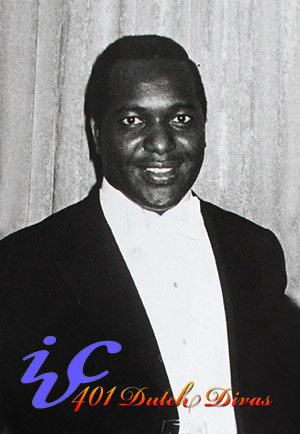 'The American Negro bass Louis Williams has a formidable natural bass voice with a matching musical instinct […] One would need a higher power to tame a voice of that size completely, yet he sang with true vocal drama Philip’s monologue from Verdi’s Don Carlo, his trump card. Still wonderful were his renditions of the pathetic Duparc song, ‘La vague et la cloche. […] ‘ A true bel canto singer, with an exceptionally beautiful sound…’ (Leo Hanekroot in De Tijd on IVC semi final & finals, September 1967)

Critic Piet Pijenborg agreed with Williams winning the 14TH IVC, although he expressed some doubts with respect to him winning the First prize, since for all his superiority in this year, ‘his warm voice lacked the radiance that one would wish for a First prize winner.’ Other information on Williams is lacking. Should you have biographical data, photos and/or recordings by Louis Williams, you are welcome to contact us at This email address is being protected from spambots. You need JavaScript enabled to view it.

‘With the competition being rather sopranos than mezzos or altos, the true alto Heljä Angervo remained the only candidate for the Kathleen Ferrier Prize. She possesses a pure voice, although still very young for an ambitious work as Monteverdi’s ‘Lamento d’Arianna.’ Yet she may well ripen in time.’ (L. Sch., Unidentified newspaper clipping, September 1967)

Those who wonder about the name of the soprano whose skirt was so short that it caught the attention of several critics, will be pleased to know that this was indeed Haljä Angervo from Finland, or so we learn from this critic: ‘The Finnish soprano Heljä Angervo was the first for whom I sat up on my seat, and this not because of the mini skirt she had chosen to wear, which hardly fitted her voice, and he program including Bach, Monteverdi, and Brahms. Her control was beautiful, and she sang all categories equally well.’ Other information on Angervo is lacking. Should you have biographical data, photos and/or recordings by Heljä Angervo, you are welcome to contact us at This email address is being protected from spambots. You need JavaScript enabled to view it. 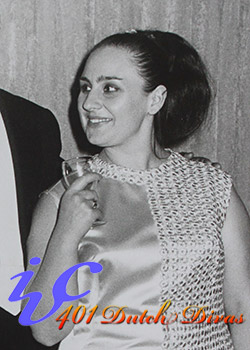 ‘Truth be said, Stefanka Popangelova outshone the others at the closing Gala Concert. She possessed such technical control, that she brought shine and emotion to her singing.’ ( Unidentified review of the closing gala, September 1967)

Bulgarian soprano Stefanka Popangelova divided the critics. All acknowledged that this young, dramatic soprano had impressive rough material, which was also well trained. She still lacked mostly in terms of interpretation and finesse, although Leo Hanekroot thought that, when all was taken into account, she wasn’t less impressive overall as the only First prizewinner, Louis Williams. Opinions changed, though, when the final Gala Concert arrived. There she apparently stole the show. She benefitted there from the orchestral accompaniment, which enabled her large voice to rise to the challenge, where lighter voices had trouble to make ends meet. Other information on Popangelova is lacking, of his further career we found no trace. Should you have biographical data, photos and/or recordings by Stefanka Popangelova, you are welcome to contact us at This email address is being protected from spambots. You need JavaScript enabled to view it.

‘This little girl with her jolly face deserves to be named the best singer of the competition. Her singing of Debussy’s ‘C’est l’extase langoureuse’ can only be compared with Suzanne Danco’s version. What a pity that the muses have graced her with the sweetest voice possible, only to leave her without sufficient volume to carry her voice beyond the realm of intimate song, bar perhaps Dido’s lament in a miniature rendition. Nonetheless, her passing to the finals is right, and it enables us to hear that lovely voice again.’ (Leo Hanekroot, De Tijd, September 1967.)

Sally Le Sage’s beautiful timbre impressed both Van Dongen and Hanekroot. Even though her voice wasn’t overtly large, Van Dongen was pleased with her semi finals rendition of ‘Rejoice greatly,’ from Händel’s The Messsiah. She convinced in Debussy’s ‘L’extase,’ brilliantly accompanied from Georges van Renesse. As for Hanekroot, his fretting over her small volume gradually took on the form of a lament, in the context of the sheer beauty of her voice. This beauty can fortunately still be traced today, since Le Sage made a fine career in the English hemisphere, after completing her studies at the Royal College of Music, and with Pierre Bernac on a scholarship in Paris. The beginnings of her career antedated her IVC participation, since from 1964 to 1967 she sang with the Deller Consort, with whom she recorded a good number of baroque pieces. Following her IVC victory, she appeared in concerts throughout Britain, Europe and the USA, including at the Vienna, Aix, Ghent and Three Choirs Festivals. She participated in Many BBC concerts and recitals. We mention specifically L'Enfant et les Sortileges in Leeds with Simon Rattle; Haydn’s Nelson Mass at Carnegie Hall, New York; Beethoven'sSymphony Nr. 9 for Dutch Television in Amsterdam; Mozart's C minor Mass at the Royal Festival Hall with Charles Groves; Tippett’s A Child of Our Time in Stockholm, conducted by the composer; Händel’s Messiah with the Hallé Orchestra in Manchester; Gustav Mahler's Symphony Nr. 8 at the Albert Hall in London. She had opera appearances with Scottish Opera: The Woodbird in Siegfried, Covent Garden and Glyndebourne; Teofane in George Frideric Handel's Ottone at Sadler's Wells Theatre; Ann Trulove in The Rake's Progress at Cambridge Arts Theatre. Her Deller Consort recordings are mostly ensemble pieces. Likewise, her Anna in a 1971 Maria Stuarda with Montserrat Caballé, Shirley Verrett, and José Carreras hardly serves to sample her voice. This changes with her Teofano in Händel’s Ottone. Here, in a cast with Josephine Barstow as Gismonda, we have a beefy part for Le Sage:

‘Nigel [or Michael] Wickens has made the most of his voice by a remarkable training. Unlike most singers, who perform Händel as a vocalize, he gave an involved reading of it, with a splendid diction. He also showed his talent in a song by Poulenc… In Wolfram’s ‘Blick ich umhehr,’ from Wagner’s Tannhäuser, he captured the idealistic element in the piece.’ (Leo Hanekroot, De Tijd, September 1967.)

Of Wickens’ appearance in the finals, Hanekroot wrote in even bitter, saying that one could agree with his Second prize, but that a First prize also would have been fitting given the competition. His phlegmatic English temperament probably kept him form reaching that far, but apart from a wonderful oratorio aria, he set an international standard in Brahms ‘O wüsst’ ich doch den Weg zurück.’ Post the IVC, Wickens had a provincial career in the UK, and later became a vocal teacher. Other information on Wickens is lacking. Should you have biographical data, photos and/or recordings by Nigel Wickens, you are welcome to contact us at This email address is being protected from spambots. You need JavaScript enabled to view it. 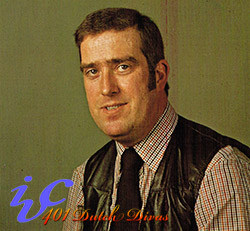 Dutch baritone Ruud van der Meer arrived to the 14Th IVC at a very early moment in his long career in The Netherlands. The actual name of Van der Meer (1936) is Rudolf Cornelius Adrianus van der Meer. He studied music at the Royal Conservatory of The Hague, where he discovered also conducting and oboe playing. Later he studied with Lucie Frateur, Dora Lindeman, and in Paris with Pierre Bernac. Finally he studied in Salzburg with Gerald Moore and Paul Schilkawsky. He was winner of singing competitions IVC 's-Hertogenbosch, Barcelona and Toulouse. Van der Meer made in 1967 his debut as in a concert with the Concertgebouw Orchestra Amsterdam. Before that, he was employed as oboist in the Philharmonic Orchestra of The Hague. In addition, he worked as a choir conductor and as a concert singer. Soon he became known by concert recitals, first in The Netherlands, but soon also in the music centers of Western Europe, Scandinavia, North America, and even in Russia. In 1972 was he was appointed professor at the Conservatory of Amsterdam. He made numerous recordings, particularly under the label of Telefunken, among them Bach Cantatas, Works of Händel and the bass-solo in a complete recording of Matthäus-Passion of J.S. Bach. We present here two excerpts from his Three CD album ‘Nimm sie hin denn, meine Lieder.’

For more extensive career information on Ruud van der Meer you can visit his 401DutchDivas.nl page.

All we currently know of Dutch tenor Bert van Delden is that Leo van Dongen judged him the best candidate in the tenor section, ‘very musical in a Mozart opera, and an oratorio from Händel, although he forced his voice a little.’ If this was in fact the case, there was no such thing in his rendition of ‘Der Leiermann’ from Schubert’s Der Winterreise, which was preserved in a Dutch Radio broadcast on the entire competition. Presumably, this recording, with either an outstanding Georges van Renesse or Gérard van Blerk at the piano, concerns Van Delden’s appearance at the finals.

Should you have addditional biographical data, photos and/or recordings by Bert van Delden, you are welcome to contact us at This email address is being protected from spambots. You need JavaScript enabled to view it.

We presume that the 1967 bass Chris Verhoog is one and the same with the later choir conductor Chris Verhoog, and the photo in the participant’s list is of the choir conductor. According to Hanekroot, Verhoog had a high bass, which was used well enough to consider him for the encouragement Prize. L. Sch. thought Verhoog’s stage precense further developed than his voice, which resulted in a splendid rendition of the buffo aria ‘Fünftausend Thaler.’Should you have additional biographical data, photos and/or recordings by Chris Verhoog, you are welcome to contact us at This email address is being protected from spambots. You need JavaScript enabled to view it.

Although mezzo-soprano Nel Wisse did not make it to the finals, she had enough going for her to be given the optional study allowance for the annual vocal summer course in Vught, in addition to which she won the Prize of the Foundation ‘Friends of Dutch Song.’ Whereas most critics passed her bye at all, L. Sch. found something to her voice that made him regret her early elimination: ‘I do not believe that her beautiful, if not perfectly equalized timbre, and her advanced technique in an aria from Bach’s Hohe Messe, along with her natural performance abilities, fell far behind of the average level in the 14TH IVC.’ Further information on Wisse is lacking. Should you have biographical data, photos and/or recordings by Nel Wisse, you are welcome to contact us at This email address is being protected from spambots. You need JavaScript enabled to view it.